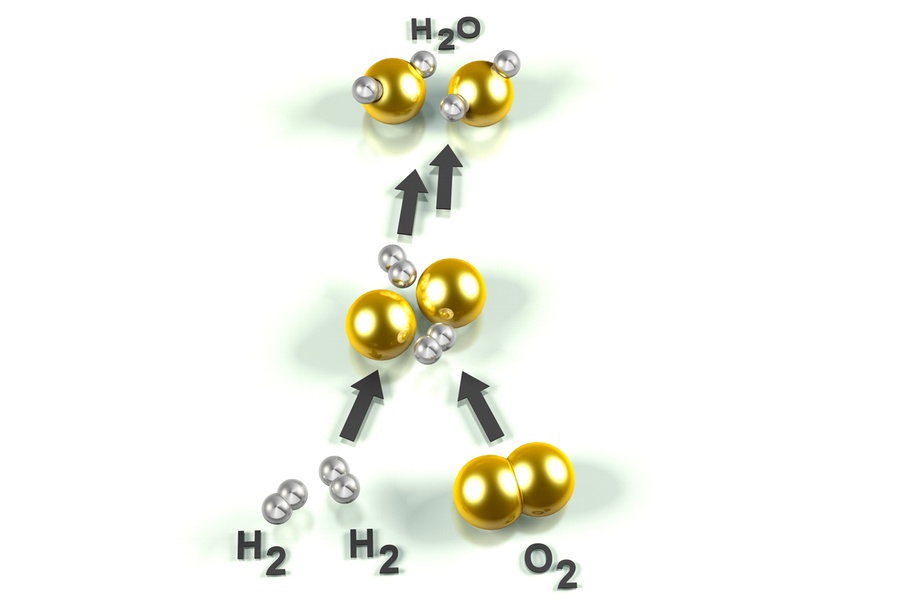 Fuel cells are a rapidly developing energy conversion technology. Offering higher efficiencies than conventional technologies, they also operate quietly. Their modular construction means they can be economically and easily scaled down to small sizes to fit many applications.

These features make fuel cells attractive for a range of potential applications, from combined heat and power (CHP) to distributed power generation to transport and portable power for mobile appliances.

On 8th July 2020, the European Commission unveiled its Hydrogen Strategy and officially launched the European Clean Hydrogen Alliance to deliver on it.

1. The Hydrogen Strategy is essentially a roadmap for the mass production and integration of hydrogen energy. The priority is to develop renewable hydrogen (‘green hydrogen’), produced using mainly wind and solar energy. However, in the short and medium-term other forms of low-carbon hydrogen (e.g. carbon capture and storage) are needed to rapidly reduce emissions and support the development of a viable market.To support the cleanest available technologies, the Commission will work to introduce common standards, terminology and certification, based on life-cycle carbon emissions, anchored in existing climate and energy legislation, and in line with the EU taxonomy for sustainable investments.

The Commission will propose policy and regulatory measures to create investor certainty, facilitate the uptake of hydrogen, promote the necessary infrastructure and logistical networks, adapt infrastructure planning tools, and support investments, in particular through the Next Generation EU recovery plan.
This will include efforts to secure raw materials needed for hydrogen production.

2. To help deliver on this hydrogen strategy, the Commission launched the European Clean Hydrogen Alliance with industry leaders, civil society, national and regional ministers and the European Investment Bank. The Alliance will build up an investment pipeline for scaled-up production and will support demand for clean hydrogen in the EU.

IPA registered to become a member of the Clean Hydrogen Alliance.

What are fuel cells and where are they used?

Fuel cells are electrochemical devices that convert the energy of a chemical reaction directly into electricity, with heat and water as by-products. The fuel and oxidant (oxygen or air) are supplied externally, enabling them to continue operating as long as they are fed. So, unlike batteries, they never "run out".

Platinum and ruthenium play a large role in this technology. Platinum is the catalyst which converts hydrogen and oxygen to heat, water and electricity. Palladium will likely also play a role in the fuel cell, but it is unknown yet how big.

Many believe that the fuel cell engine, comprising a fuel processor, fuel cell stack and power conditioner, will ultimately take the place of the internal combustion engine as the dominant technology for vehicles from cars to trains.

The use of fuel cells in light duty vehicles (LDVs) such as cars and vans has so far been limited, however, most major automakers a fuel cell vehicles in development. Hence, the beginnings of commercialisation are expected around 2015. The rollout will most likely concentrate around clusters of early hydrogen re-fuelling infrastructure in Germany, Japan, the UK and the U.S., and will then continue to spread once the market is established.

The fuel cell bus sector is showing year-on-year growth, with more prototypes being unveiled. Successful deployments have taken place in Europe, Japan, Canada and the USA but the high capital cost is still a barrier to widespread adoption. However, it is hoped that soon after 2014 fuel cell bus prices will be comparable to diesel-hybrid bus prices.

Fuel cells are also being designed and tested for stationary applications for example for individual households as well as large commercial and industrial uses.

Well over 200 fuel cell systems for stationary power generation have been installed worldwide for use in hospitals, hotels, office buildings, schools, utility power plants and even an airport terminal. Prototypes are also underway for residential use.

So far, they have demonstrated excellent fuel efficiency and reliability requiring little maintenance and running quietly. Nonetheless, capital costs remain too high and limit their commercial potential at present. Eventually, fuel cells are likely to play a major role in the expanding Combined Heat and Power (CHP) sector. These installations generate usable heat and power in a single process characterized by a high electrical to heat energy output ratio which makes fuel cells ideal due to their high electrical efficiencies.

Fuel cells are also being tested for use at landfill and wastewater treatment plants where they can reduce emissions and generate power from the methane gas produced there. Other future applications for fuel cells include providing portable power for laptop computers, mobile telephones and other appliances.

More about the various applications of fuel cells can be found here: http://www.fuelcelltoday.com/about-fuel-cells/applications.

How does a fuel cell work?

A fuel cell consists of two electrodes sandwiched around an electrolyte. Oxygen passes over one electrode and hydrogen over the other, generating electricity, water and heat.

At the anode, H2 is separated into hydrogen ions and electrons, a process assisted by a catalyst usually comprising platinum group metals. The electrons travel through an external circuit, generating the required power. The ions pass through the electrolyte to the cathode where, assisted by another catalyst, they join with oxygen atoms to produce water.

A fuel cell system including a "fuel reformer" to extract hydrogen from a hydrocarbon produces minimal NOx and less CO2 than conventional combustion technology due to increased efficiency.

If hydrogen from renewable sources is used then there is no carbon in the chain and harmful emissions are practically zero.

The only exhaust of a fuel cell is water - pure water. The US National Aeronautics Space Administration (NASA) has for years used hydrogen fuel cells to power its systems onboard and to provide drinking water for the crew.

Most fuel cells are hydrogen based and often require ultra pure hydrogen to operate effectively. Palladium can be used to generate, purify, store and detect hydrogen, thus performing many important functions in the hydrogen economy. The discovery of palladium's remarkable ability to absorb hydrogen has since led to sues which take advantage of this affinity. As a thin membrane, palladium will allow hydrogen to permeate through the membrane, but block all other gases. The further discovery of the stability of palladium-silver alloys and the ability to manufacture membranes of these alloys made hydrogen purification using palladium-silver membranes possible.